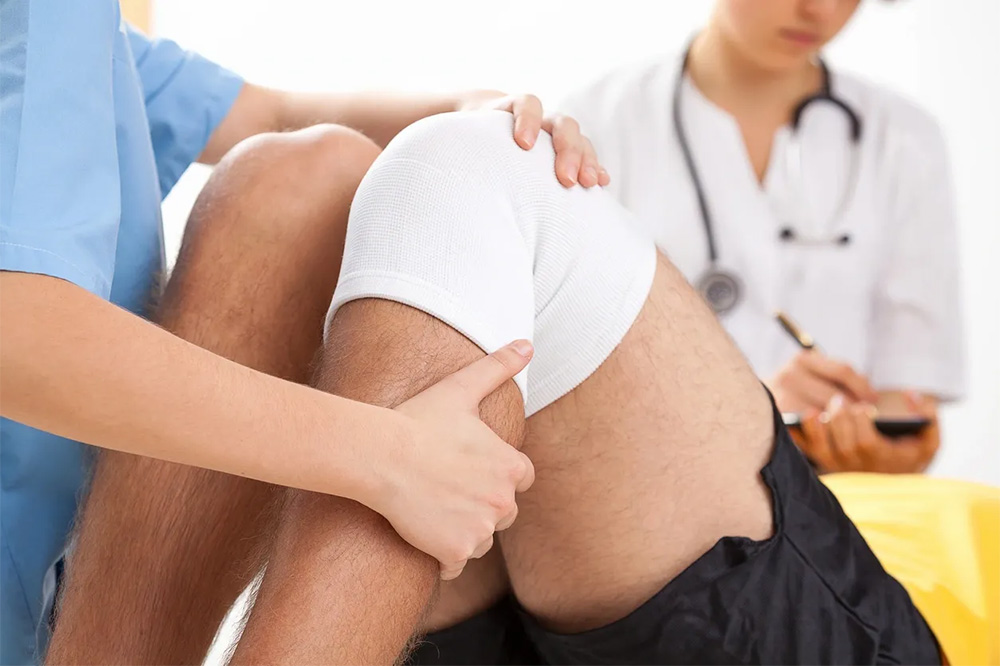 How are ACL ruptures treated?

You may have noticed that I have used the terms “ACL rupture” and “ACL injury” interchangeably. That is because the vast majority of the time, ACL’s either rupture or don’t. In rare cases, the ACL is truly torn partially. When treating an ACL injury, whether partially or completely torn, it's important to understand that the medical community believes the ACL has essentially no self-healing capacity. It is believed that this is the case because the ligament is bathed in synovial fluid surrounding the joint and does not have access to a rich blood supply necessary for healing. With this in mind, we can begin to rationalize treatment.

Beginning with the most conservative approach, one can choose not to have any treatment at all. An ACL rupture is not life-threatening, and many people chose to live out the remainder of their lives without a competent ACL. As mentioned above, the ACL is important for cutting and pivoting. If someone with an ACL rupture chooses to live their life only performing in-line activities like running or biking, they will likely be asymptomatic. Older adults who have given up the majority of their athletic activities may choose to proceed in this manner and avoid intervention. Proceeding with activity modifications and restrictions is a safe option, but is likely, not realistic for a large majority of the patient population hoping to return to sports.

A step up from this would be to pursue physical therapy. This will likely help the patient regain mobility of the joint and improve the strength of the muscles surrounding the knee. Unfortunately, this will still not heal the ligament and the patient will be left with an insufficient ACL and instability when cutting or pivoting. Therapy can be used in conjunction with an ACL brace which helps to create artificial stability of the joint. The use of these options may help someone play through a season but will likely fail to provide satisfying long-term results for an active individual.

Lastly, and most likely, is an ACL reconstruction. For those looking to return to sports or even to be able to run around the front yard with their children, surgery is necessary. The ACL is reconstructed and can be done so using the patient’s tissue (autograft) or cadaver tissue (allograft). In regards to autografts, there are two main options; a hamstring graft, or a patellar tendon graft. Gaining more popularity recently is a quadriceps tendon graft as well. All of these grafts have benefits and drawbacks, and choosing which one is best for the patient depends on the activities that they are looking to return to. In regards to recovery, six months is typically the very earliest that patients begin to return to their sporting activities. For those who are at higher risk of re-rupture, it may be an entire year before returning without restrictions. After reconstruction, the new ACL should be as strong as the original, which means patients make a full recovery, regaining full strength and motion.

We are halfway through the NFL’s 100th season and have seen a number of ACL injuries already. You can expect to see a few more unfortunate victims fall prey to an ACL injury in the remaining weeks. This a season-ending injury, but almost all return to full capacity, and some better than before. Adrian Peterson, current NFL running back at age 35, tore his ACL in 2011. He returned the next year to rush for over 2,000 yards, finishing nine yards shy of setting the NFL record for rushing yards in a single season. If this is not enough proof, look no further than Tom Brady. Tom tore his ACL in the first game of his 2008 season and came back in 2009. 10 years and three Super Bowl championships later, he is still playing today, at the age of 42, cementing himself as what many would consider the greatest quarterback to ever play the game of football.

I end in this manner to offer hope. Maybe you, someone you know, or worse, the stud running back you drafted first round in your fantasy football league (being facetious) has torn their ACL. These injuries are certainly unfortunate but are also very treatable. Hopefully, after reading this, you have more insight into one of the most frequent knee injuries in sports today as well as the confidence to discuss them in your daily life.