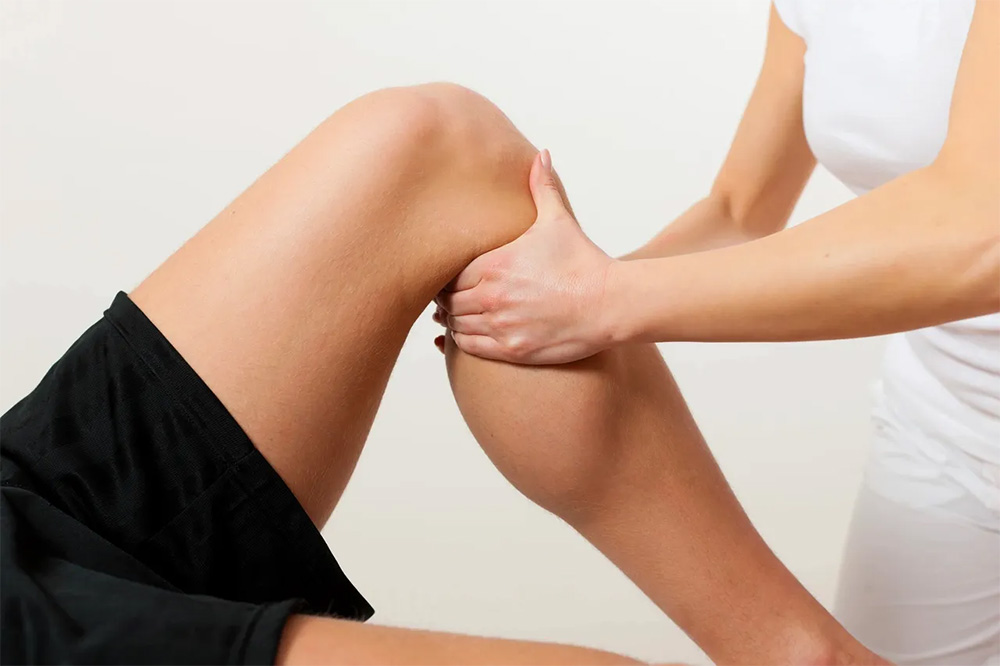 The dreaded ACL tear. We have seen it sideline our favorite athletes countless times. Tom Brady, Derrick Rose, Megan Rapinoe, and Conor McGregor; all prolific athletes in their respective arena who have suffered the same injury. Its prevalence in professional sports is well documented, yet the average viewer has little understanding as to what the ACL is, why it is important, and how it is treated when injured. After reading this article, you will be able to answer these questions and impress your friends with this newfound knowledge the next time an ACL injury plagues your fantasy team.

What is the ACL?

The ACL is known in the medical community as the Anterior Cruciate Ligament. The average person may have an understanding of the term ligament but may have never heard the words anterior or cruciate. Let’s break each term down:

Anterior is an anatomical term that means situated toward the front of the body. When someone is standing with their arms at their side and palms facing forward, (the anatomical position) the nose is anterior to the ears, and the ears are anterior to the back of the head. In regards to the ACL, anterior refers to the fact that it originates at the anterior aspect of the tibia (the shinbone).

Cruciate is Latin for “cross”. This refers to the fact that the PCL (posterior cruciate ligament) and ACL cross within the knee joint. When viewed from the side of the knee, these two ligaments form an “X” shape. The ACL “crosses” the PCL as it goes from the anterior aspect of the tibia to the posterior aspect of the femur (the thigh bone).

Ligament is a term that refers to a thick band of connective tissue that tethers two bones together. These are found all over the various joints of the body to help keep our bones connected and stop them from moving in certain directions. They are often confused with tendons which is a term that refers to connective tissue bridging muscles to bones.

If all that is too much to remember, the takeaway is that the ACL is a band of connective tissue that connects the shinbone to the thigh bone inside the knee joint.

Why is the ACL important?

As alluded to above, ligaments help to resist the movement of certain bones with respect to each other. The knee is what is known as a hinge joint; it is only supposed to move in one plane. To help you understand this, think about your shoulder. You can raise your arm up from your side to in front of your face (sagittal plane), you can raise your arm away from your side to form a T-pose (coronal/frontal plane), and you can move your arm from out in front to behind you (transverse plane). This is a multidirectional joint, unlike the knee. The knee can essentially perform two movements, (we’ll exclude medial and lateral rotation for now), extension and flexion. Extension is the motion you perform when your knee is bent and you straighten it. Flexion, as you probably guessed, is the opposite.

The shinbone and the thigh bone do not rotate with respect to each other. To illustrate this, make a fist with each hand and place them up against each other so the knuckles rest nicely in the grooves of the opposing fist. One arm represents your shinbone and the other your thigh bone. Now, slowly start to turn one fist so that they are perpendicular to one another. This motion is called tibial torsion in the knee joint and the ACL helps restrict this movement. You could probably feel some resistance when you tried to turn your fist just now. The grooves between the knuckles helped to resist the twisting motion up until a point where the knuckles were on top of one another and could move freely. You can think of that resistance as the ACL functioning and a tear taking place when the resistance is gone. Now, take your fists back to the starting position where the knuckles rest nicely in the grooves of the opposing fist. Slide one fist forward in the groove. This represents anterior translation of the tibia, another movement that the ACL prevents.

Preventing these movements is crucial when performing activities that require sharp cutting and pivoting. This is why ACL injuries are common among football, basketball, and soccer players. The most common mechanism of an ACL injury is what is known as a “non-contact pivoting injury”. This occurs when the foot is planted firmly in the ground and the athlete pivots to change direction. Under the full force of an athlete's body weight, this can overload the tensile strength of the ACL, leading to a rupture. If you see an athlete running and go down after making a cut without being touched, you can wager that the athlete has injured the ACL.

We learned what the ACL is and why it is important. Next week, I’ll follow up and cover how we treat this injury and what one can expect when recovering from an ACL reconstruction.